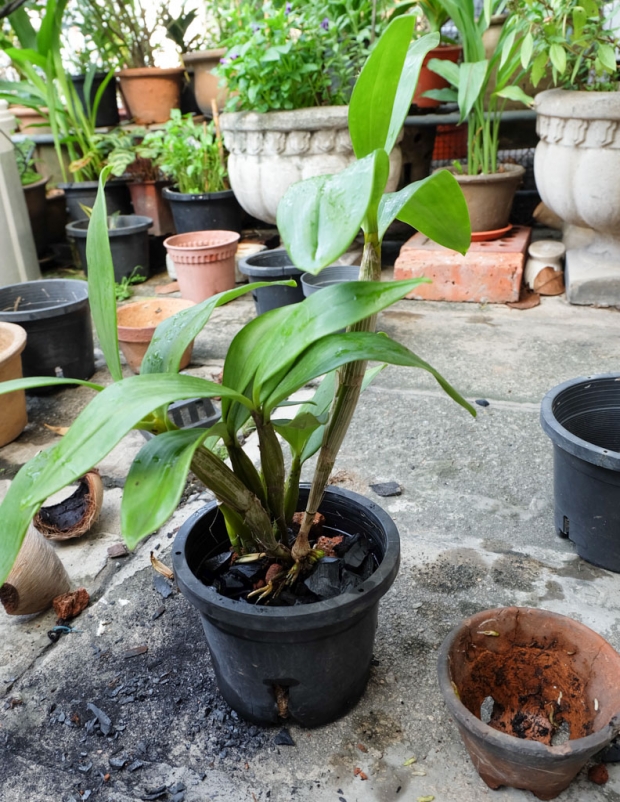 I inspect my orchids every morning closely. What do I look for? Oh, anything from new growth to dead leaves, from nubs to buds to all sorts things that might seem beyond the norm. It’s a crazy ritual that comes with the obsession.

Here is the plant. It looks like it’s about to outgrow it’s clay pot. This young thing has never flowered, by the way. 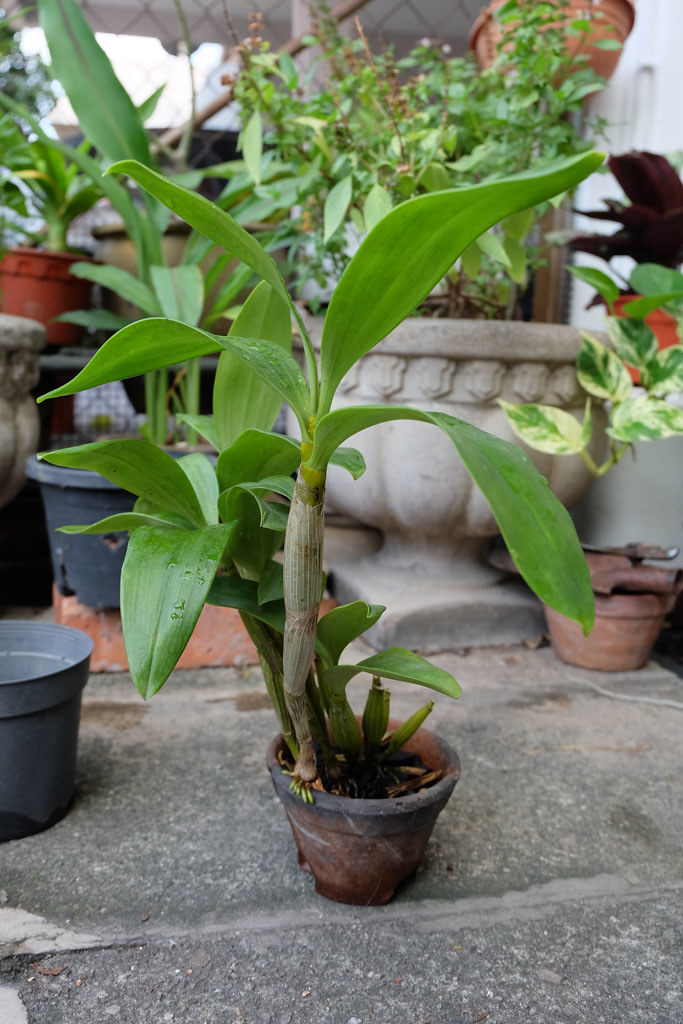 You can see that the newest pseudobulb has reached the end of the pot and the new roots are growing over the edge. If I leave this alone, the roots will continue to grow and cling on to the outside of the pot, which is okay, but will be quite difficult to detach the next time I decide to repot this baby.

So yes, even though this Dendrobium spectabile doesn’t need to be repotted that badly, I’ll do so now before new growth makes it challenging. 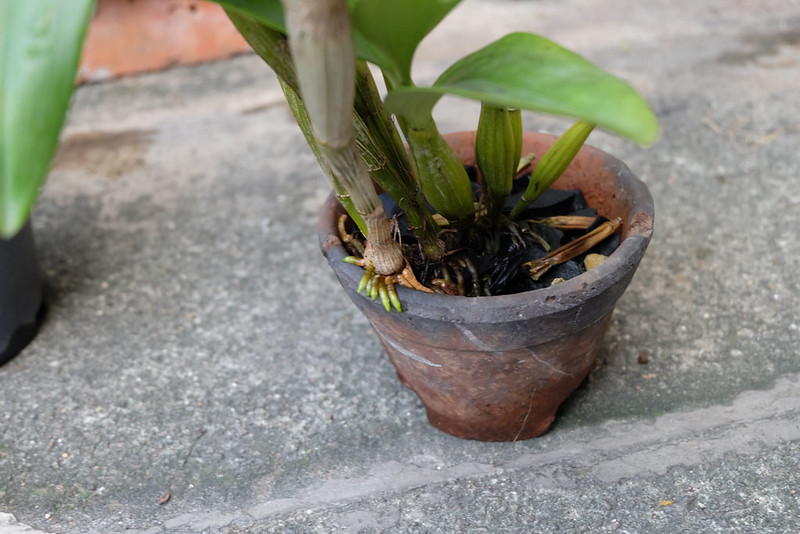 The new roots are going to cling on to the outside of the pot.

I sized up the potential pots.  I do have lots of pots and I go against some conventional wisdom and recycle them. 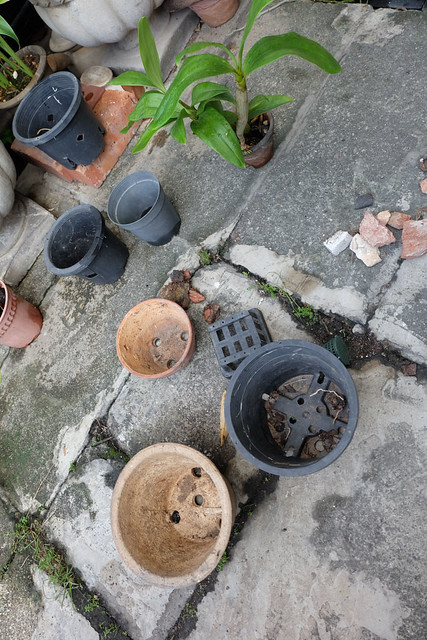 I decided on the black plastic pot. It looked a little bigger than necessary, but I really wanted to leave my spectabile growing comfortably alone and not disturb it for the next couple of years. 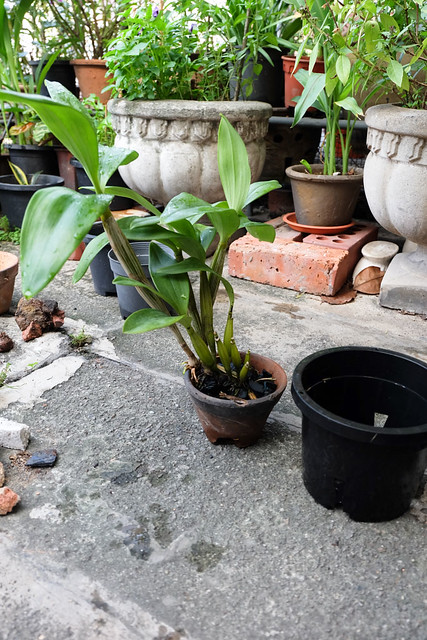 That black pot is the one.

I prepared the media which is the standard smashed up bricks and charcoal. 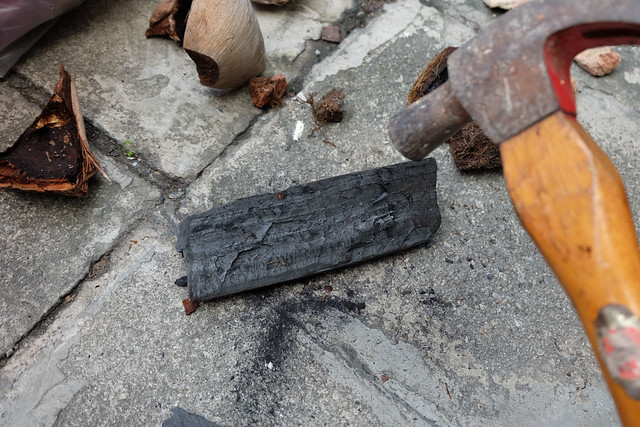 Here’s where I seek inspiration from Thor and The Hulk.

I carefully extracted the Dendrobium spectabile out of its current pot, trying not to damage the roots. 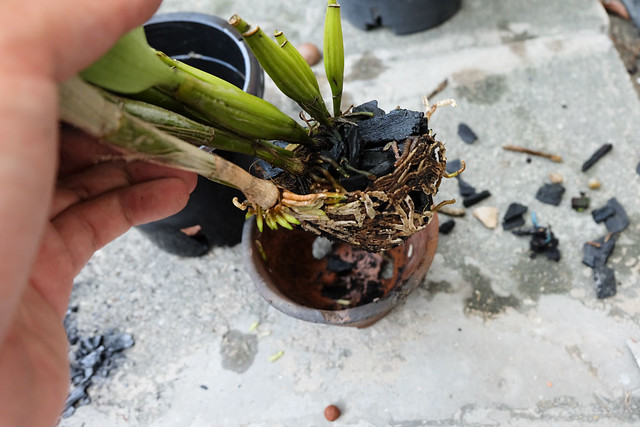 Hold the plant as close to the roots as possible, followed by a little wiggling, a little twist, and gently pull. If this was a plastic pot, squeezing the pot would help. I don’t remove much of the old media to preserve the root ball.

Next, I placed the plant into the new pot with the new lead growth positioned toward the middle. Then, I filled it up with the growing media.

(Things got quite messy here. I needed both hands, so no pictures). 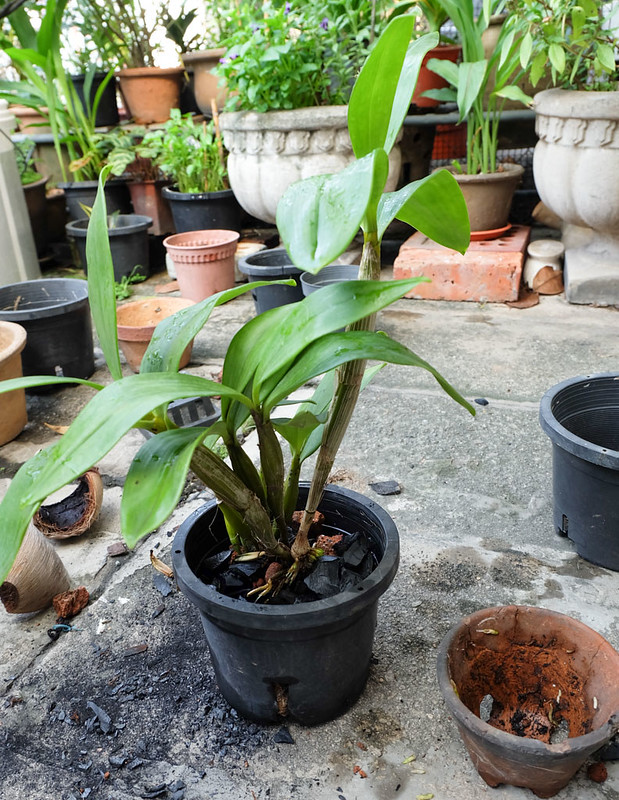 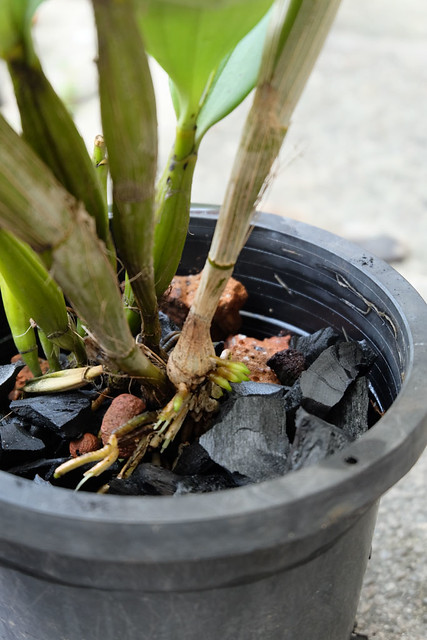 It’s important not to bury the base of the lead pseudobulb with potting media. The ‘eye’ must not be obstructed – that’s where the new lead will emerge.

To keep it moist, I blanketed the top lightly with some coconut chips. I saved these up from here. 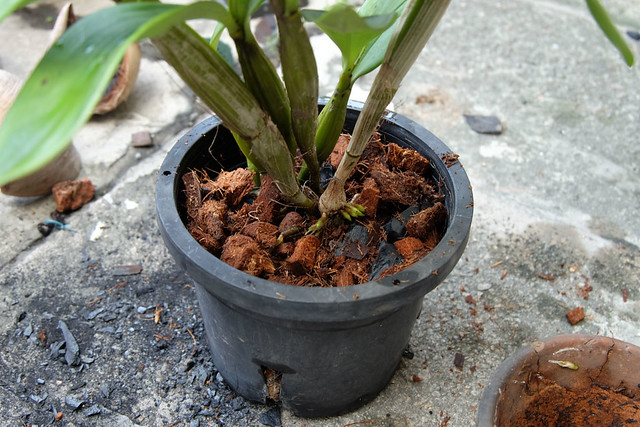 Orchids generally don’t need much repotting. In fact, they thrive better with less disturbance around the roots so any form of repotting should be avoided unless absolutely necessary.

But this entire process is kind of therapeutic, don’t you think?

UPDATE: Just over a month later, a new pseudobulb has grown out rather nicely. This orchid’s looking good! 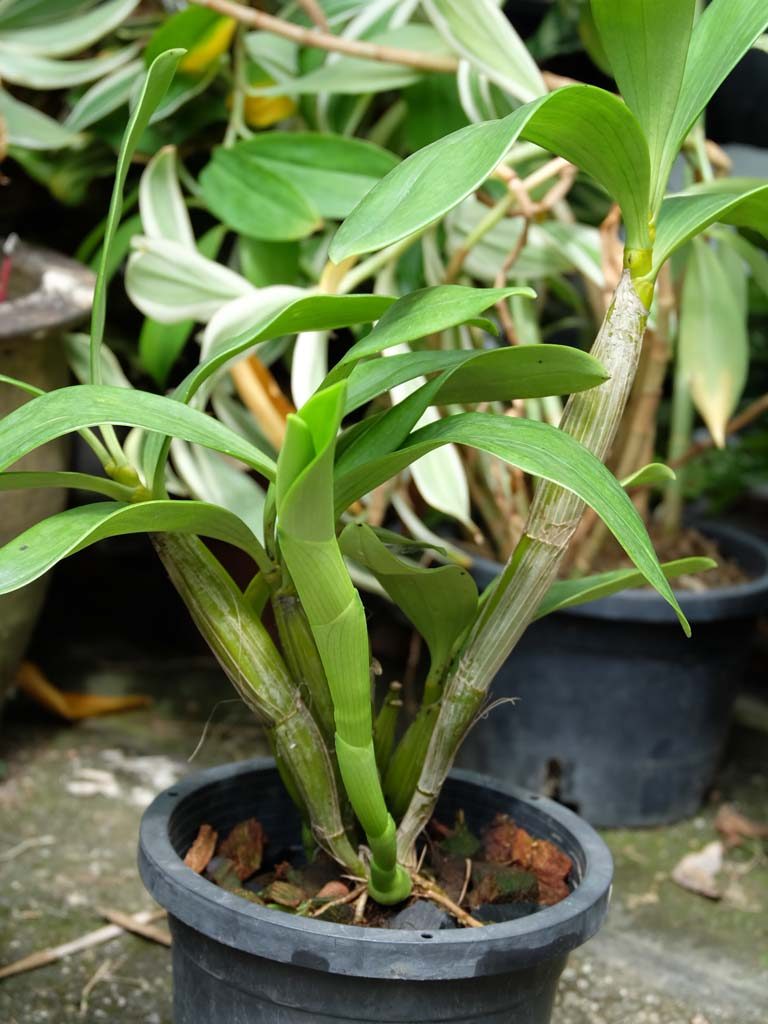