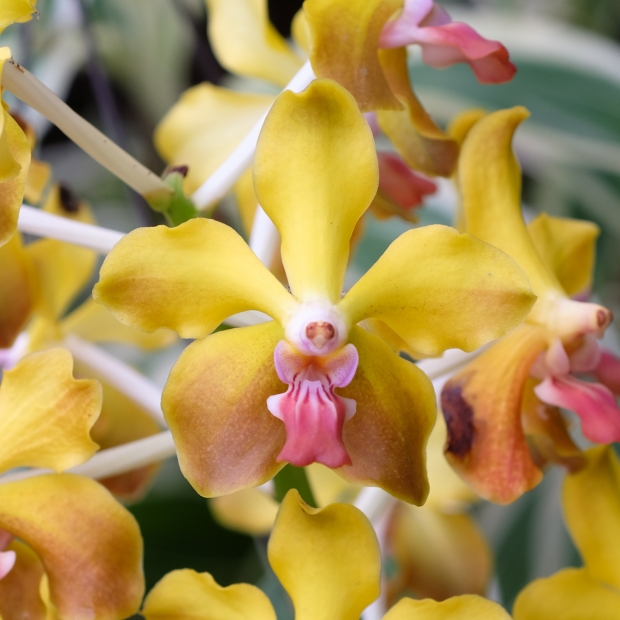 I bought this beautiful vanda that looked very similar to one which first caught my eye at a show. However, it’s name remains dubious.

A few years ago, I chanced upon this lovely Vanda hybrid at a show. When I saw it again during one of my trips to Lum Chin nursery, I had to buy it. The 2-toned combination of yellow and ochre was remarkable and there were a number of plants for sale, all healthy, blooming and ready for buyers. Must have been a newly imported batch. 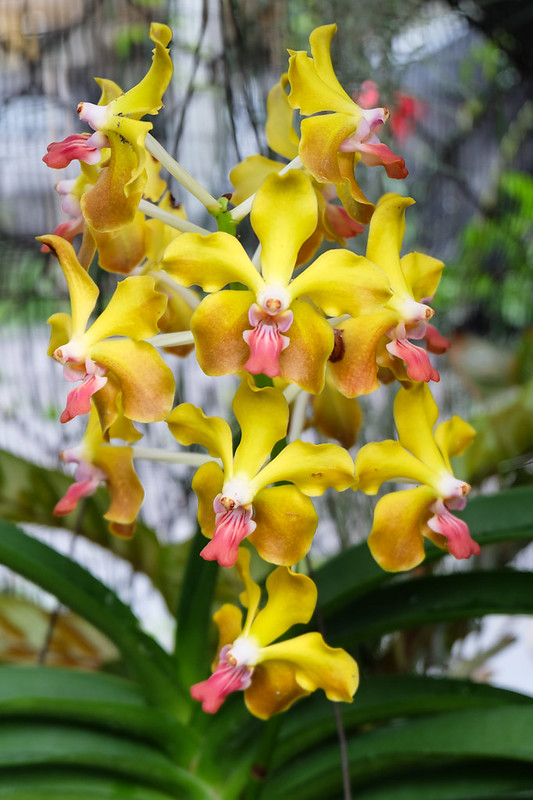 Shades of yellow and ochre, and a peach lip

The name given however, was dubious. Apparently, it was a primary hybrid of two distinctive Vandas, V lamellata and V insignis. While it does look pretty clear that V lamellata is one of the parents (check out pictures of V lamellata here), the same could not be said of Vanda insignis as the other parent.  There is none of that large, bright pink lip that is so typically unique of a V insignis.

The orchid at the show was labelled, Vanda lamellata x Muang Thong. I think that could be a closer name.

However, neither crosses were registered with the International Orchid Registrar. So, one could only guess its true name.

But what I can say is that this is a very pleasantly fragrant Vanda which by itself, is a LOT of plus points for me. Do you like this?… 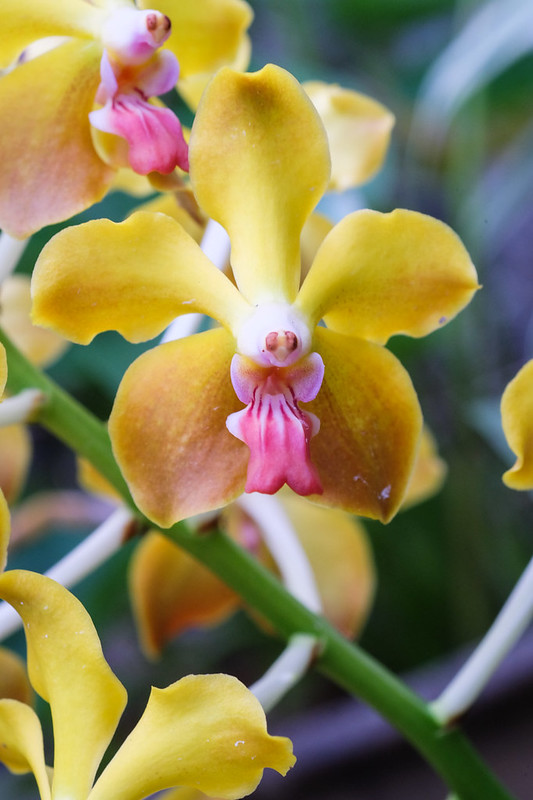 Please stay with me. 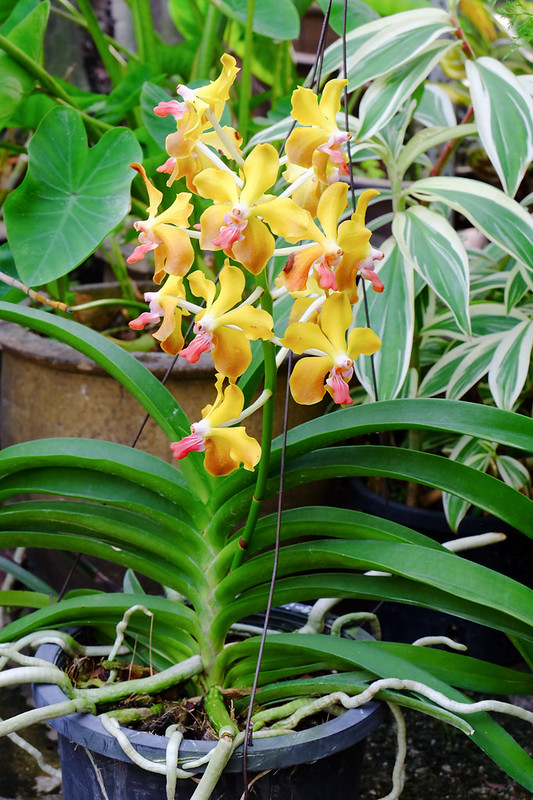 The plant in a pot. Will have to repot after it flowers. Too much water-retaining media.

UPDATE: There’s a good chance that this hybrid could be a Vanda lamellata x V. Memoria Thianchai.