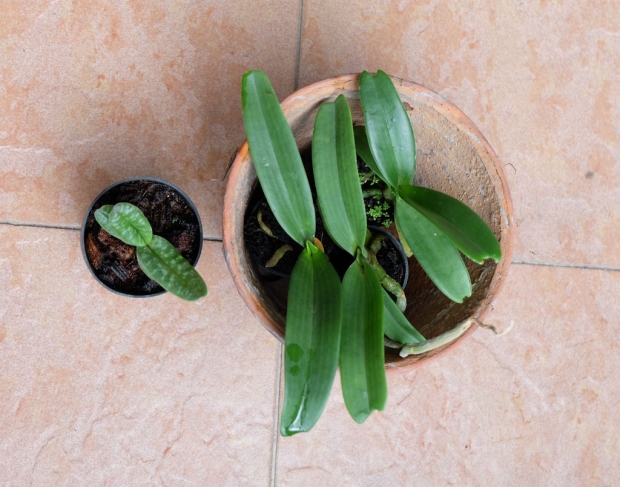 I wrote about my trip to Thailand in my previous post. It was a splendid holiday with unbeatable food, ancient temples, elephant encounters and inexpensive Thai massages to soothe my aching back.

But I’ve decided long ago that no trip to Thailand would be complete without a couple of orchid purchases. I mean, how could an orchid nut like me not buy any orchids when I’m in Thailand, right? That would be like going into a steakhouse and not ordering any steaks! Okay, not quite the analogy I was looking for, but you get my drift.

So what did I buy? Just a few small carry-friendly plants bought at the sprawling and famous Chatuchak market. Here they are:

The first is a Paphiopedilum niveum var Ang-Thong. The name might be questionable but at least, that’s what the seller told me. What’s unique about this one, among all the paph niveums on display was its green anther-cap. That was the deciding factor for me.

Bought in flower, the edges of the petals wilted from the journey but surprisingly, this white slipper is still in bloom till today. 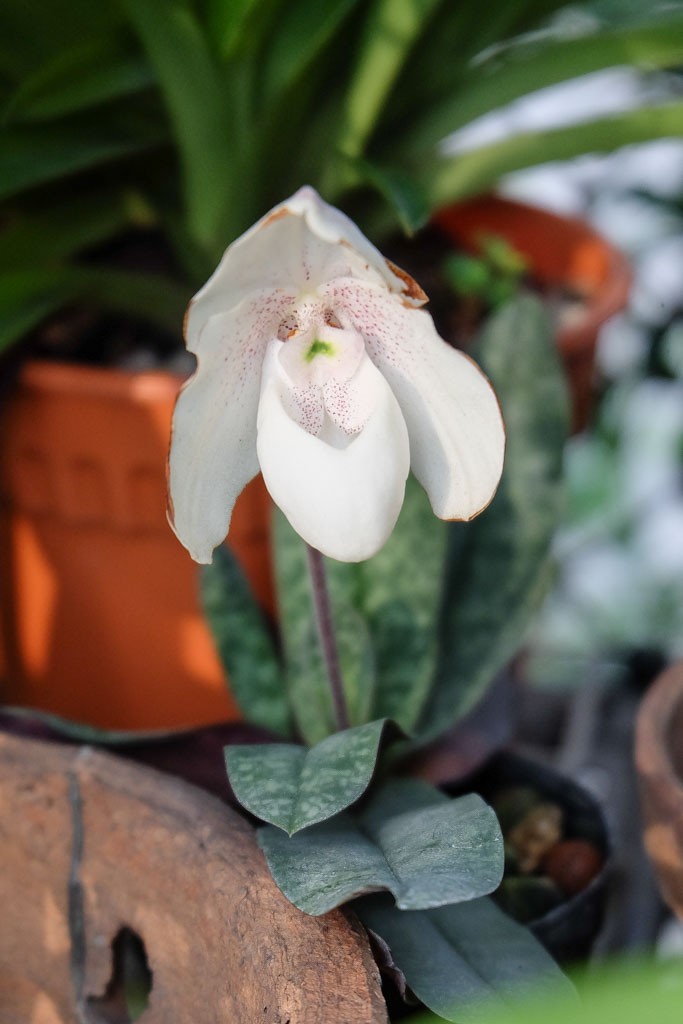 Paph niveum var ang-thong. Note the green anther-cap on this one. Flower shows a little wilt from the travelling stress. 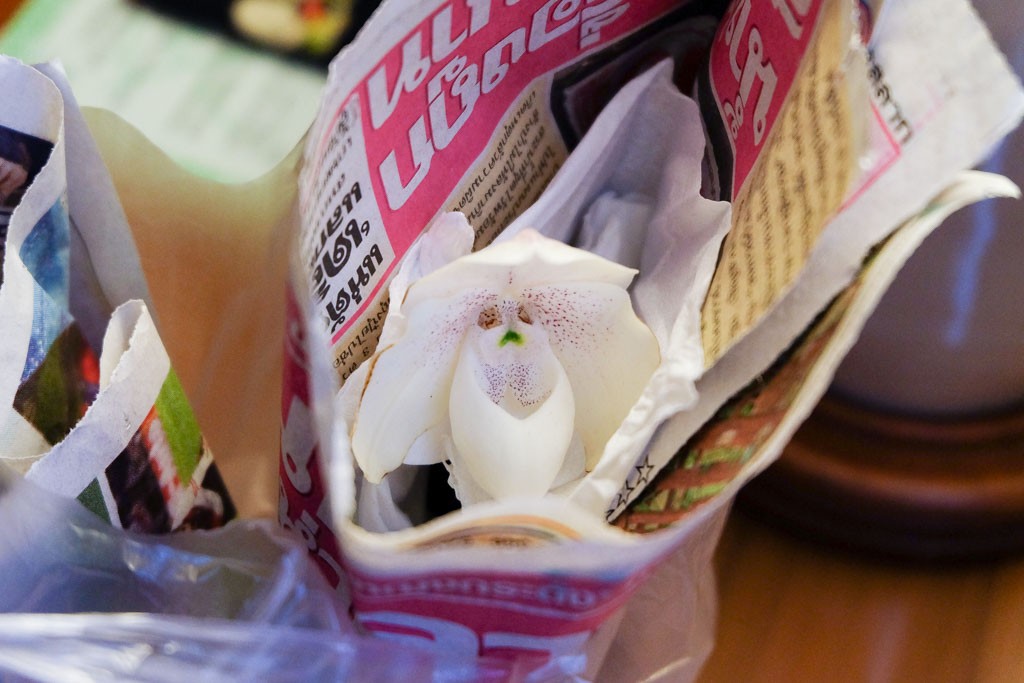 Here’s how it was all wrapped for a cozy getaway.

Damaged petals were not an issue, of course. What’s important is bringing home a healthy, intact plant. 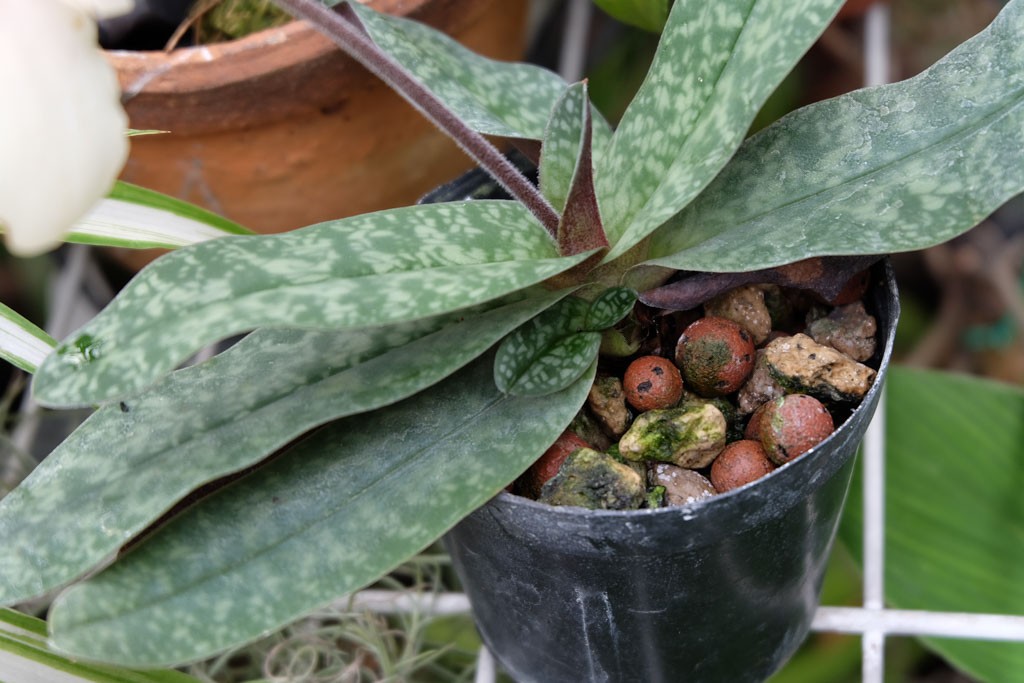 All seems good. Look – A baby! 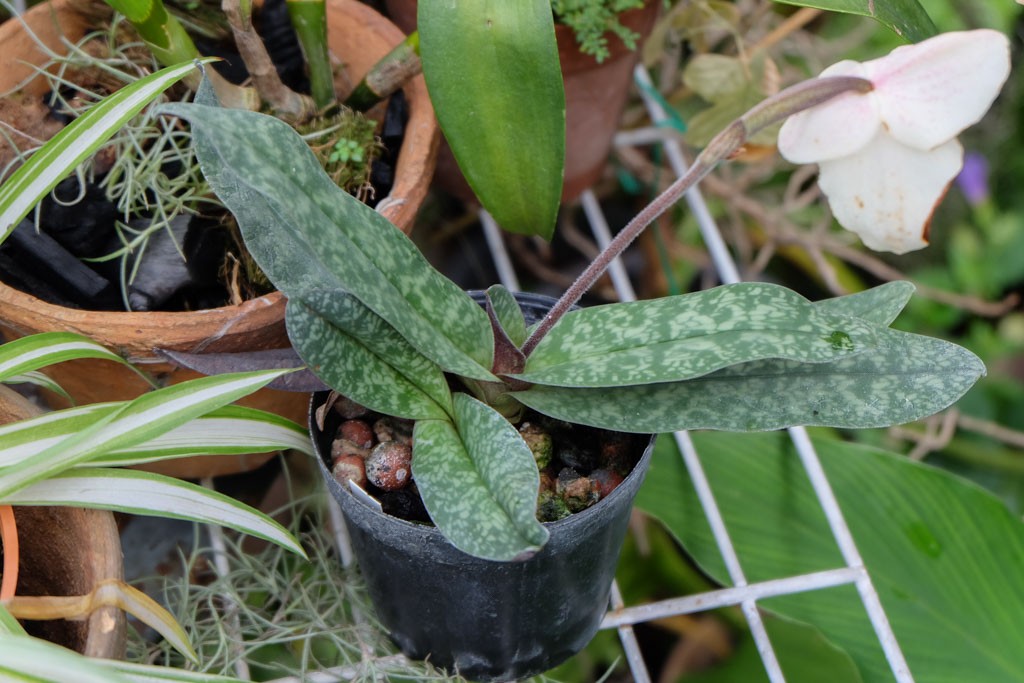 And another bigger baby on the other side!

Next, a couple of seedlings:

A Paphiopedilum Psyche (niveum x bellatulum) and three Rhynchostylis giganteas – a red, a spotted and a white variety each. 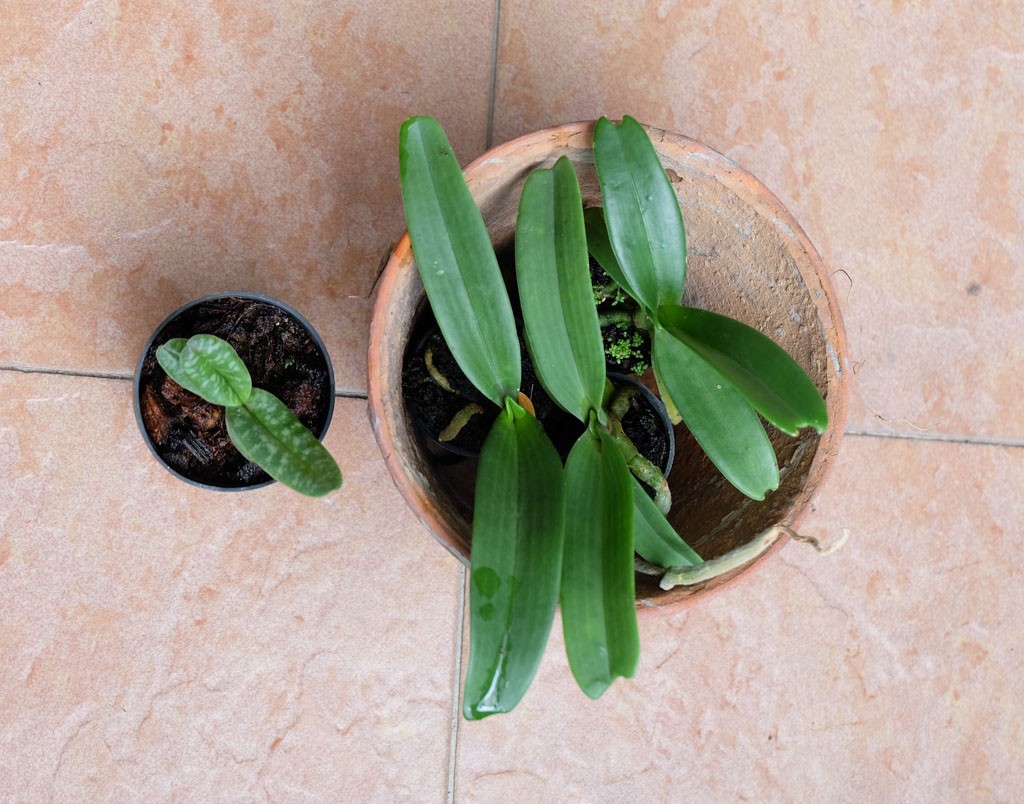 My new babies. Paph psyche on the left, Rhyn giganteas on the right. 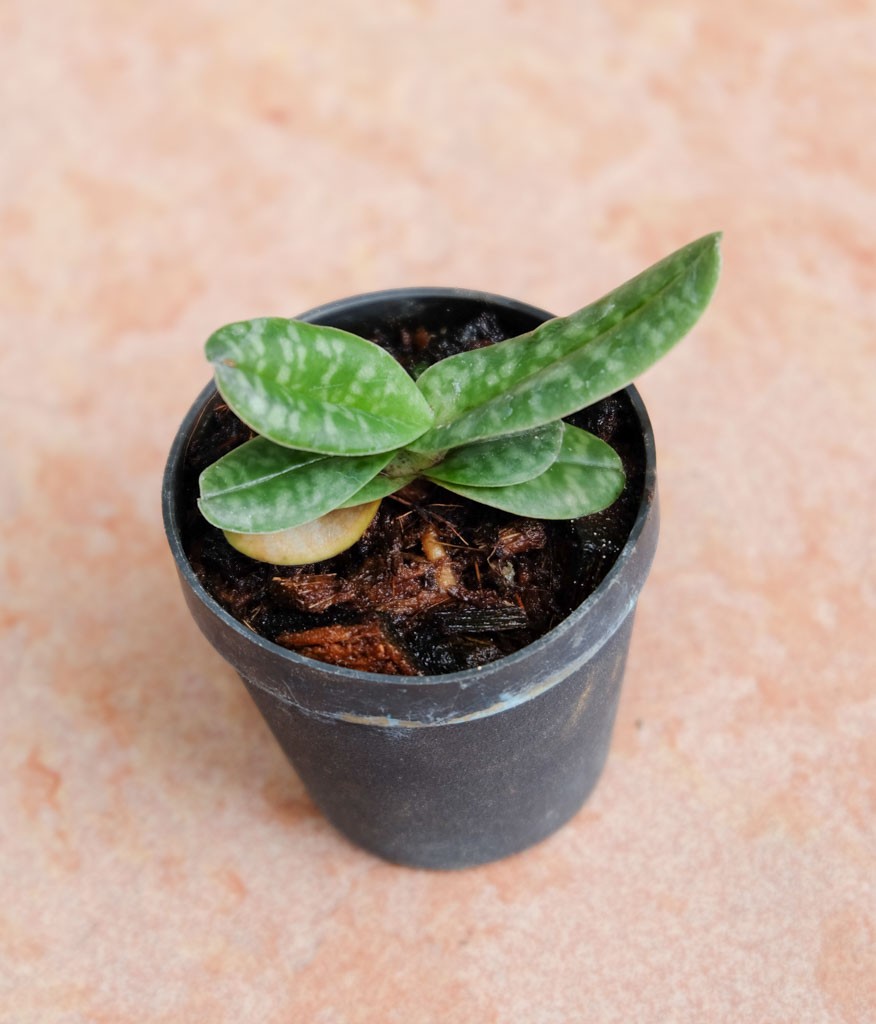 Paph Psyche. Grown only in coconut chips, the media was getting a little soggy. I later replanted it in a mixture of lava rock and gravel, topped with some of the remaining coconut chips.

I could’ve bought more, but with the limited space I have at home, I had to control my shopping. Well, let’s see how long it takes for these babies to mature!

By the way, here’s a something I discovered: across the road from Chatuchak lies the Bangkok Farmer’s Market (Google it). Known as Or Tor Kor in their local language, it’s a place with plentiful fresh agriculture produce and food. It’s one of the must-see markets in Bangkok, apparently.

Just around the corner from the farmer’s market is the Siam Orchid Centre. LOTS of orchids and related products for sale there, but nothing really caught my eye as they carry mainly commercial hybrids. There were spectacularly grown plants too. However, buying any of them is a little impractical if you’re going to travel by plane. Still, it’s worth a visit. You may find something interesting. 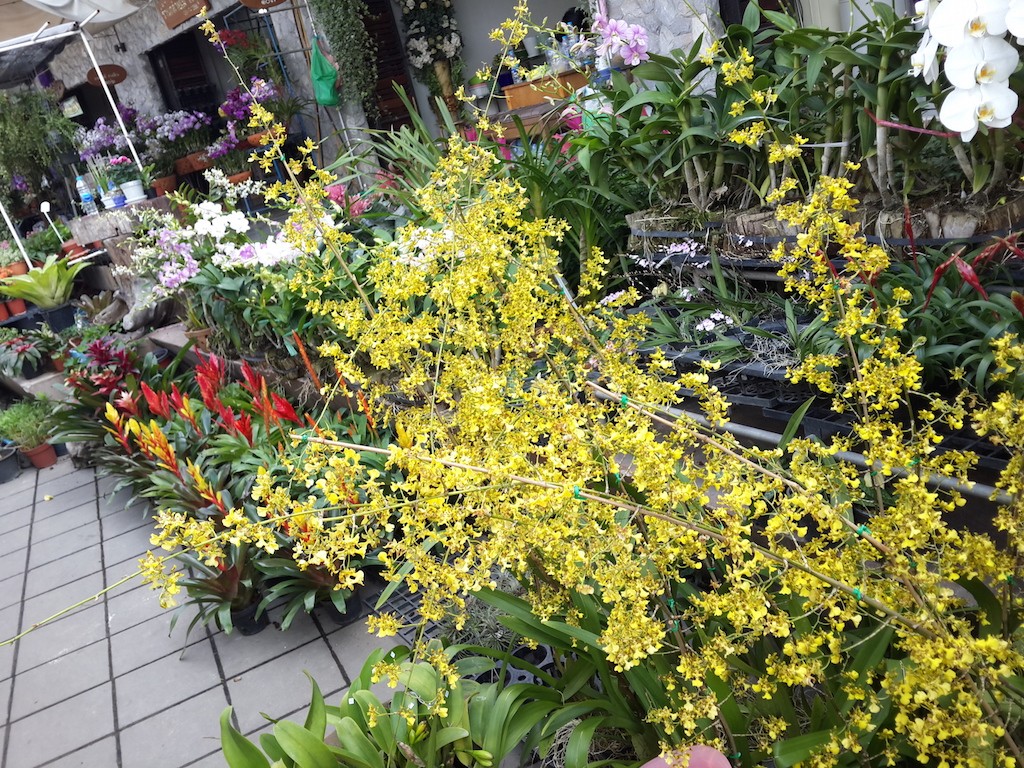 Just before I stepped through the departure gates at Bangkok’s Don Muang airport, this strategically placed bunting stopped me: 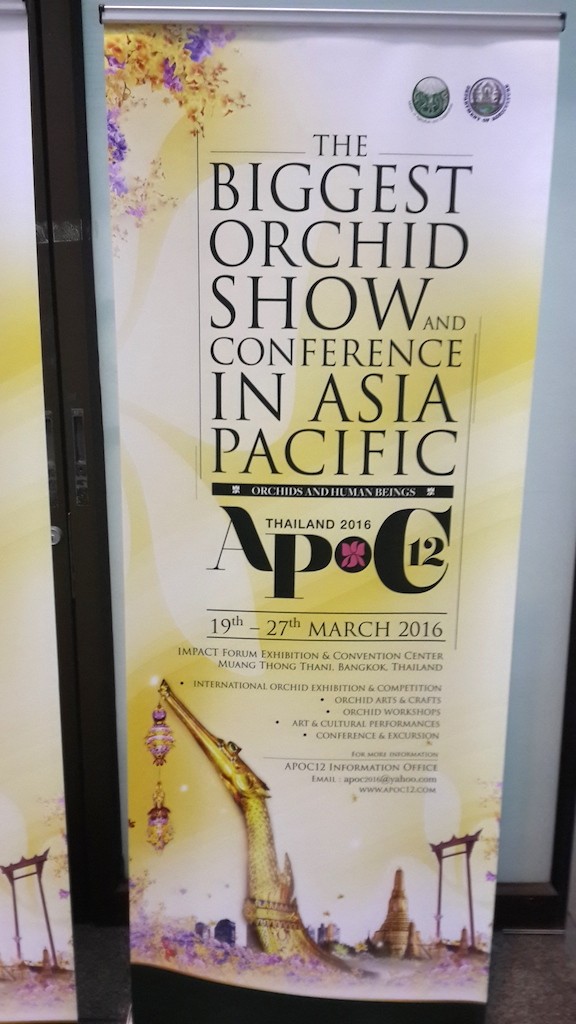 Hmmm. This could only mean one thing…