Posted 4 years ago by pickanorchid 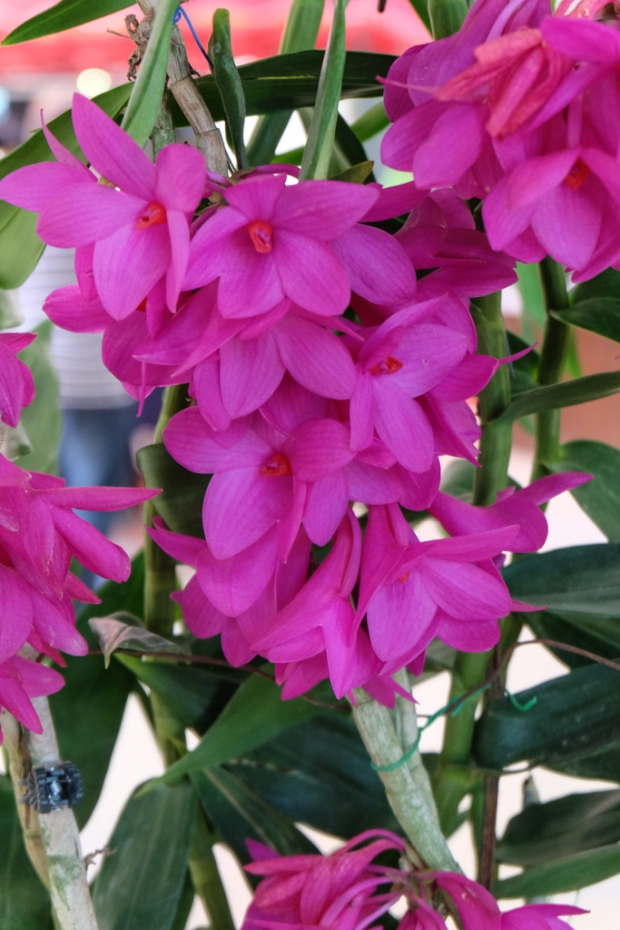 Dendrobium sulawesiense is indigenous to the islands of Maluku and Sulawesi. It is a cool growing epiphyte with pendulous canes, but this remarkable specimen has been staked upright. It stood at about 1.7 meters tall, had narrow, tapering leaves and wonderful deep magenta flowers that burst generously from the ends of its deciduous canes. It’s no surprise that this gem of a specimen won an award at the Perak Orchid Society’s 50th anniversary show.

Favouring cooler climates, Dendrobium sulawesiense is not a species which I would attempt to grow in the tropical lowlands. It would fair poorly under the heat. But if you have the right conditions, you should give this striking species a try. Grow it in a well-drained medium and hang it under reasonably bright light. It will reward you handsomely. 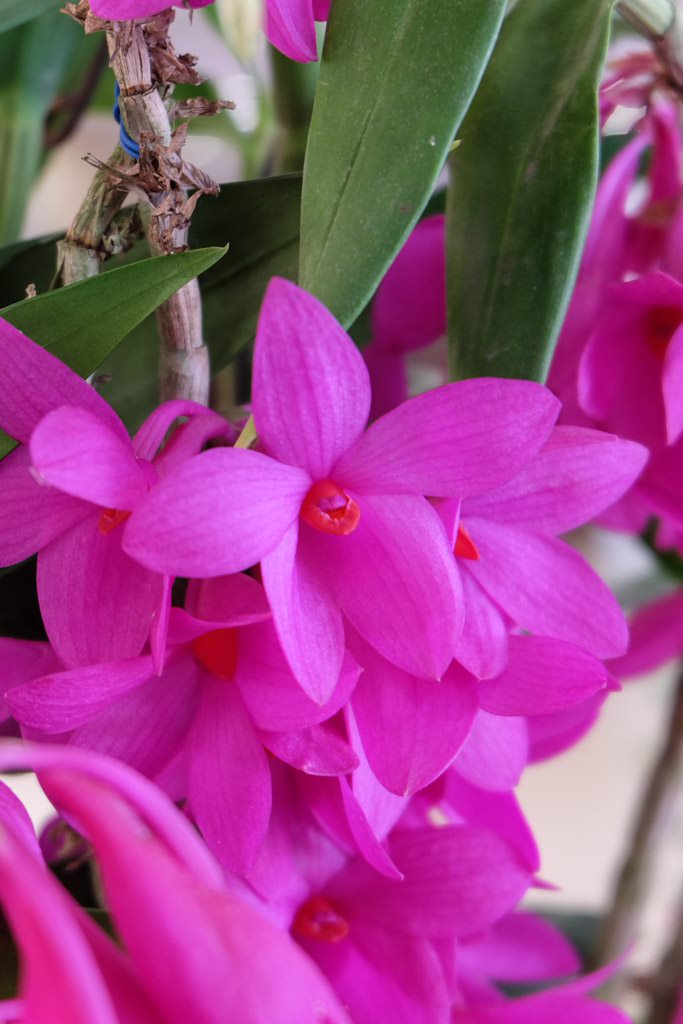 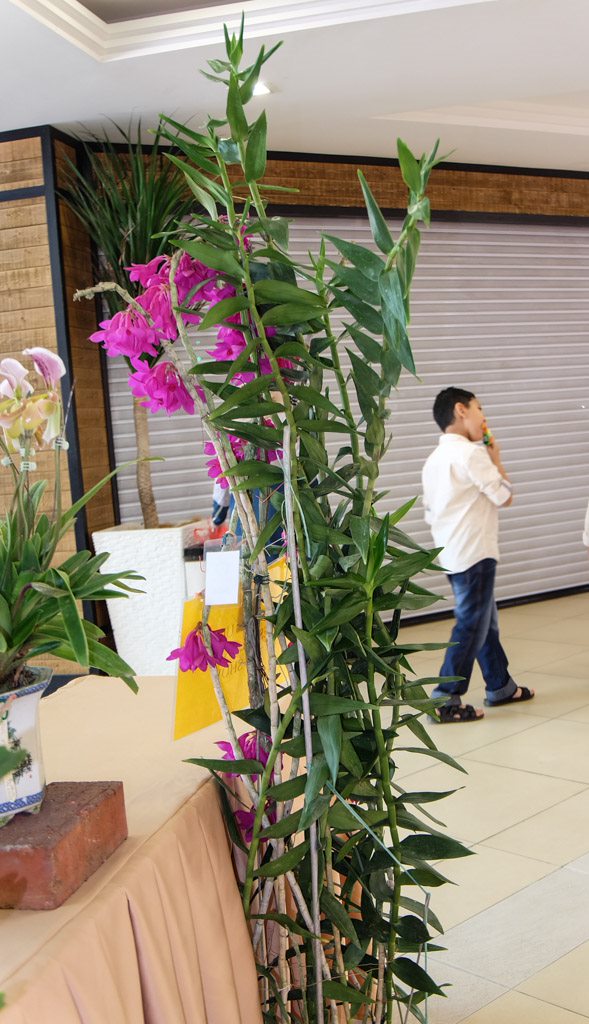 At 1.7m tall, this dendrobium sulawesiense is a splendid specimen. Naturally, it means nothing to the child and his ice-cream.

4 years ago No Comments